Thousands of photographers flock to the famous cliffs of Nazaré, after all, it is the most famous big wave spot in Europe and known worldwide for holding multiple world records for the biggest wave ever ridden. Knowing that this wave has been shot from just about every angle, I spent a few days lining the waves up with the lighthouse in the foreground and tracked across the dunes to shoot the wave with the lighthouse in the background.

None of these images yielded anything which I was overly happy for.

During a winter swell, I was called up by Tom Butler, a big wave surfer in Newquay. A short conversation later I was in his VW van heading from England to Portugal. Upon our arrival it was around 11 pm, the only thing we could hear and feel in the town centre of Nazaré was the waves crashing. Tom starts to get excited “it’s on” he claims.

The next morning we head down to the lighthouse, it’s a short few minutes drive through the old town of Nazaré, past the old ladies, famous for selling dried fruits and locally made ponchos. The beach and lighthouse are both covered in people, photographers and filmers, all trying to get a different angle. With this in mind, I grabbed a 60m rope and strapped it to a stone wall. Tom heads into the water and it is now up to me to make sure I get the shot.

Abseiling about 20m down the side of the cliffs in Nazaré, I was totally oblivious of what might just happen if a big wave was going to head for me. It was wet, and the waves were hammering the shorelines but Tom struggled to get into the waves. Hangin in space I was slowly getting soaked, by the dripping cliffs.

Every time a wave hit the rock in front of me it would spray up 40m up into the air, the fine dust-like water came flying towards me and slowly but surely left me drenched, my gear was beginning to suffer under the constant drenching. Eventually, tom picks up his wave, usually, Nazaré is a left-hander, meaning the surfer will pick up the wave and turn to his left, heading for the beach. That way avoiding the cliffs and the shit times that they bring when being pounded against a rock. In this instance though, tom was heading for the rocks, committed, certain he would be able to paddle back out. Because I was so low down if there was a wave crashing in front of the action, it would actually hide whatever wave was coming behind but not in this incident, the wave in front made for a perfect frame. Tom charging down the face of a right-hand wave and I was there to capture the action.

Now wet as a dog, I was certain I had the shot in the bag and started to climb back up the rope, reaching the top there were a few spectators now interested in my situation. They started explaining that my rope was actually making the wall move, proving their point by kicking the wall. It was moving but I had little to worry about as I was now safe and got the shot.

Later that day Sharpie from Carve Magazine called up asking for the shot. It was featured in carve magazine as a double spread. 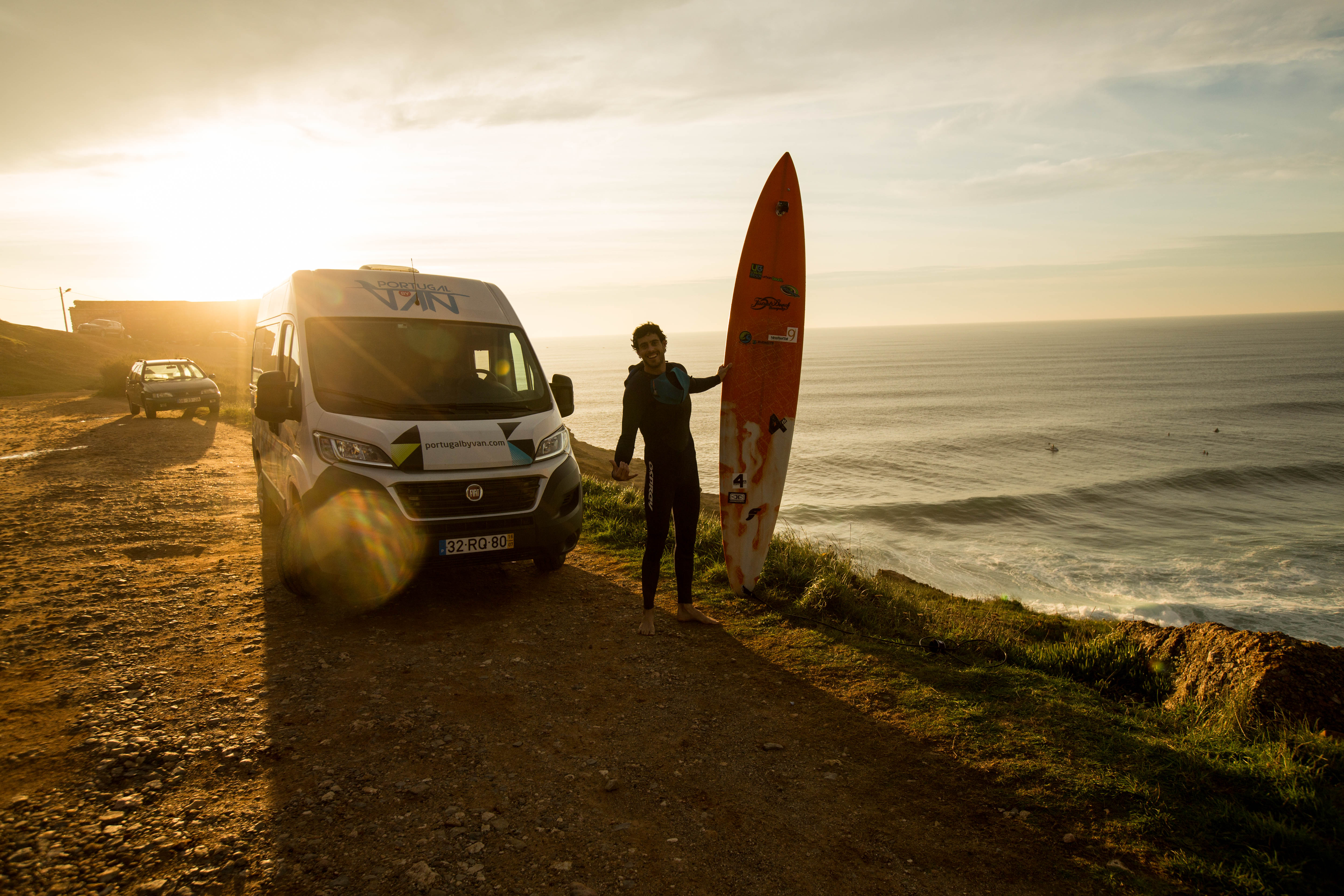 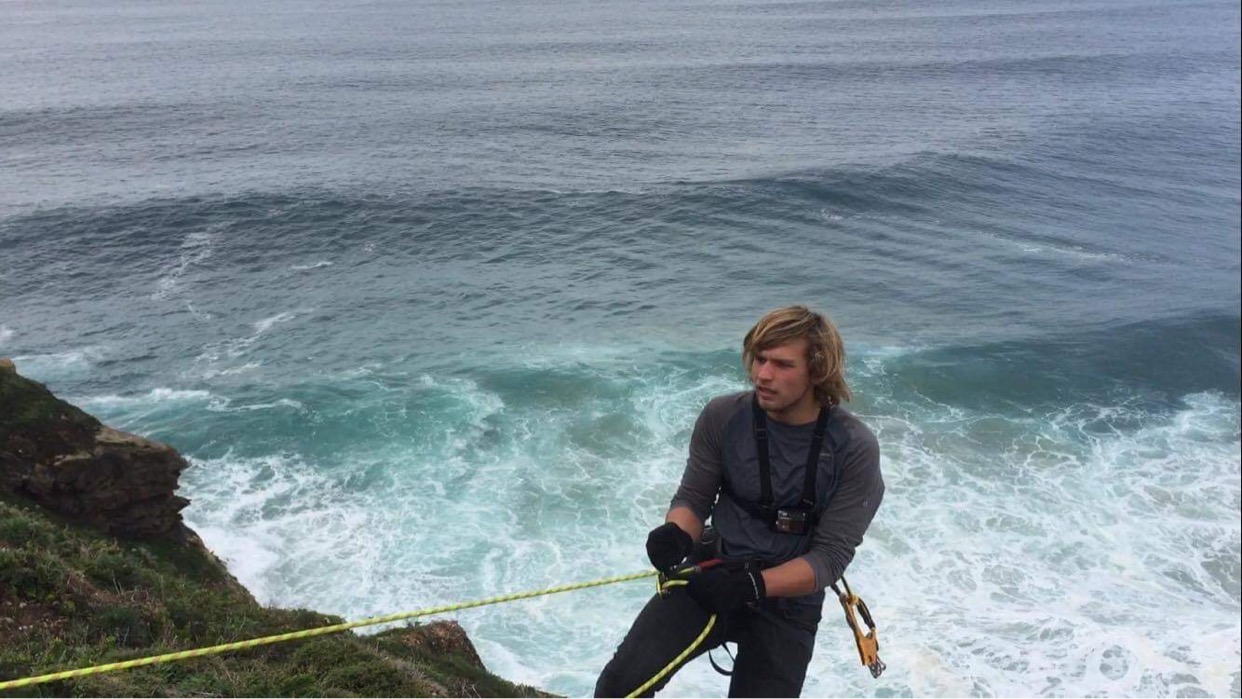 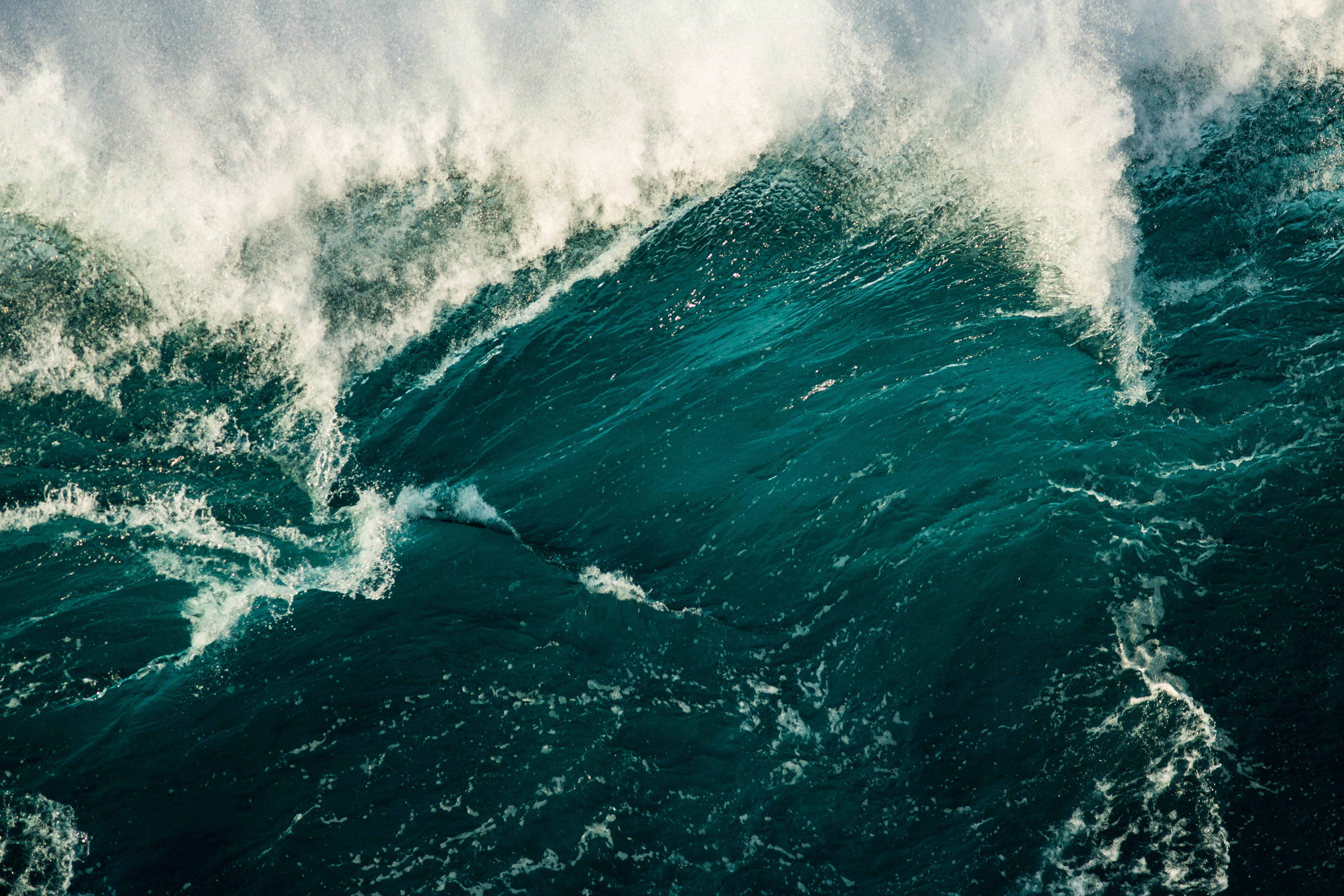 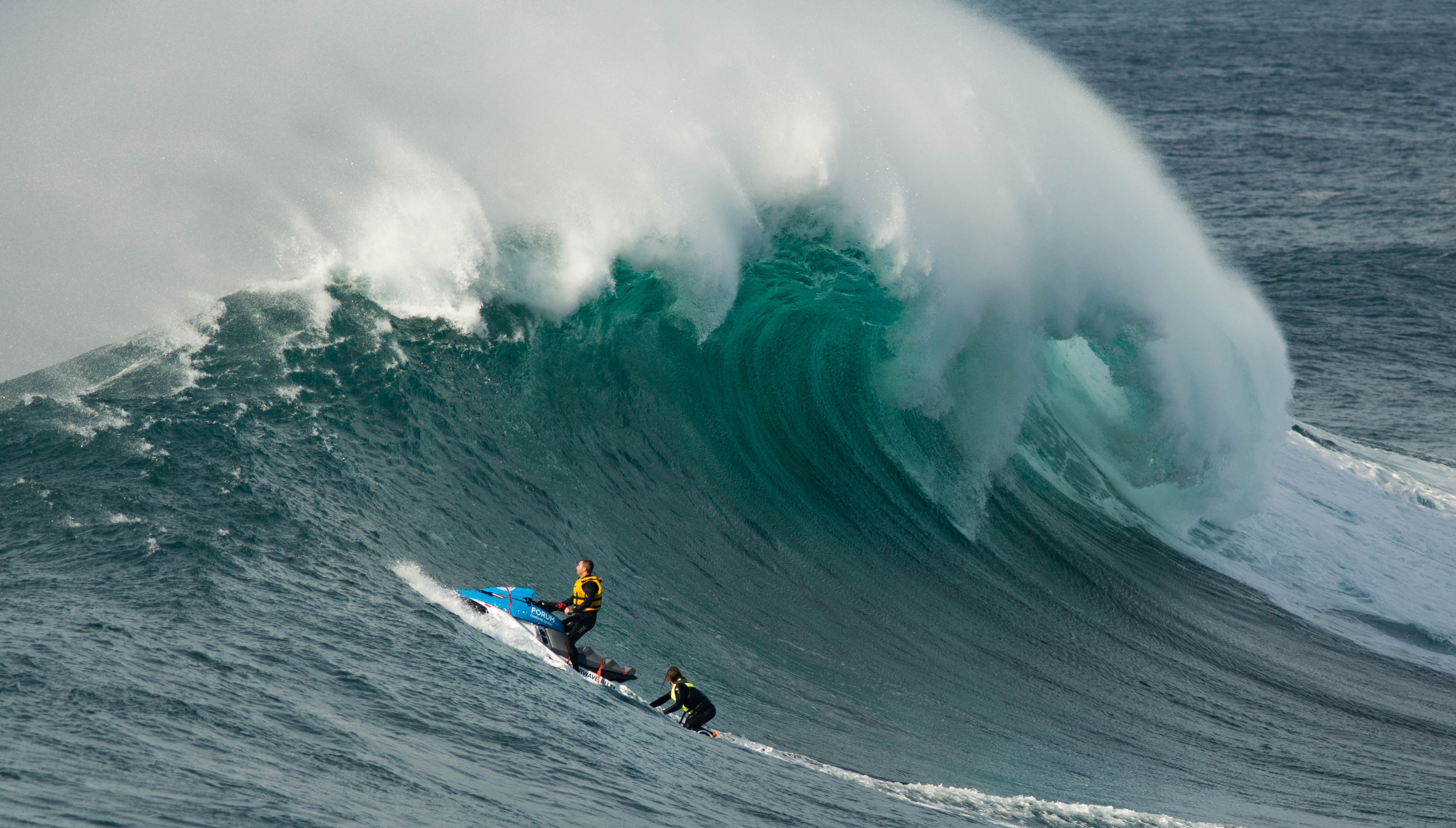 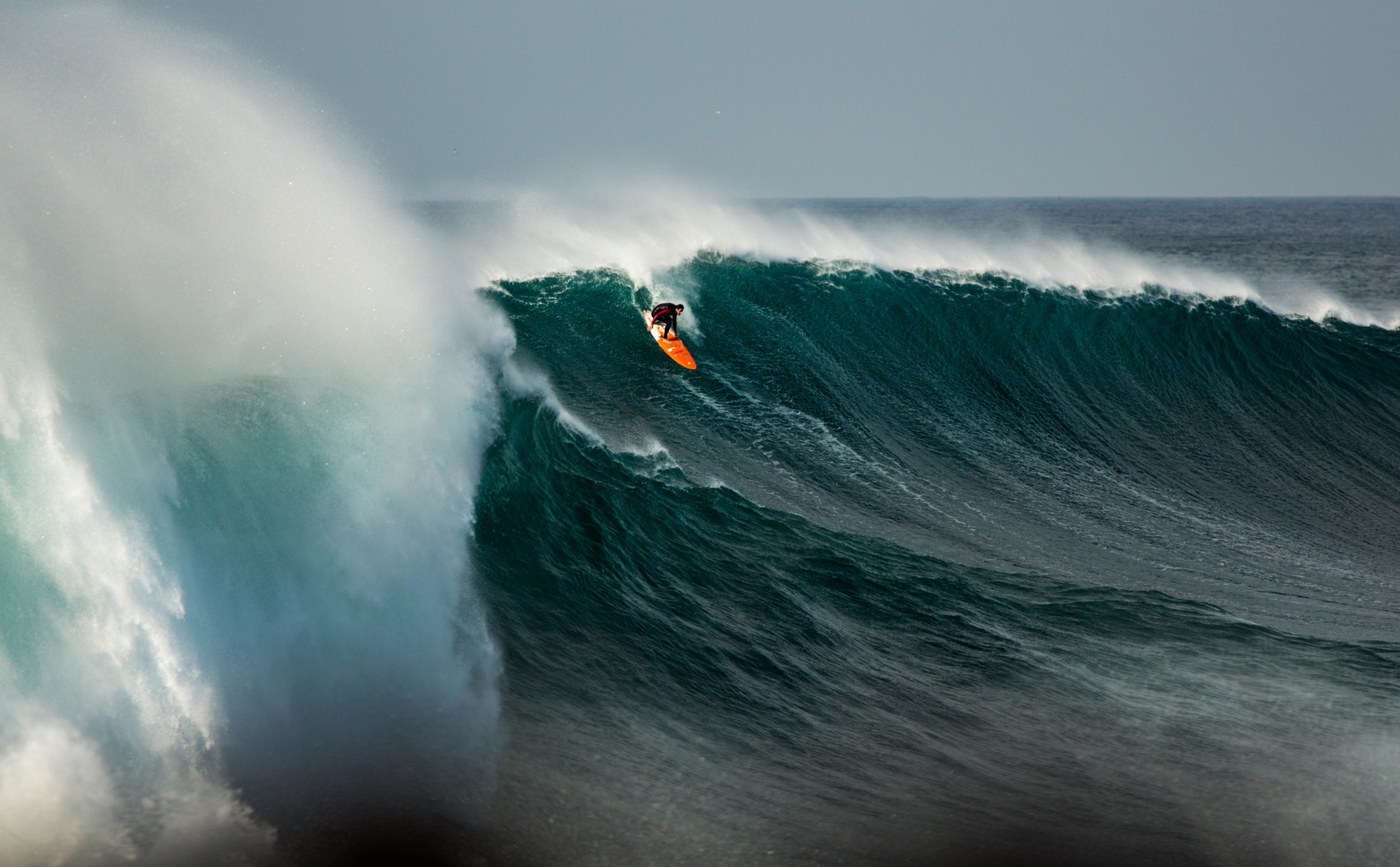